Charleston Area Mortgage Rules Could Ease — if the Rumors Hold!

Charleston Area Mortgage Rules Could Ease — if the Rumors Hold!

The financial press has been on it for a while: in September, Bloomberg News was pointing out that FHA mortgages to borrowers with weaker credit scores had plummeted 19% in the previous nine months. Something, you could sense, was about to give—but, per Bloomberg, “Washington regulators and major banks continue to haggle…”

True, home prices were up, which put a smile on Charleston, SC homeowners’ faces. Yet the number of sales was less than overpowering. In reaction to the housing bust, regulators had tightened the screws on mortgage lenders, causing them to raise requirements for borrowers—Charleston area mortgage applicants included. So although the price rises were encouraging, the difficulty in getting mortgages became a drag on the number of home sales. 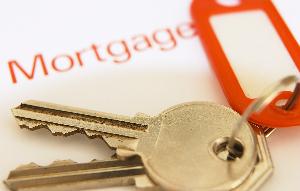 Now the latest rumbles could be potentially breakout news for Charleston, SC homeowners and investors—indeed, for anybody with an inkling to sell a Charleston area home. It’s not a done deal, but we got more than a hint of what’s likely to come. Lead rumor-monger: The Wall Street Journal.

“Mortgage Giants Set to Loosen Lending” was the front pageheadline. Fannie Mae and Freddie Mac were the giants: the two mortgage titans are essentially creatures of the federal government, regulated by the Federal Housing Finance Agency. They are owned by the Feds and some private shareholders (who seem to sue each other frequently). The long and the short of the story was that they are close to an agreement with mortgage companies—a deal that would protect lenders and make it easier for borrowers with weak credit to access home loans.

When Fannie and Freddie say ‘boo,’ the banks shriek in terror (and not just when it’s this close to Halloween). Their lending guidelines govern a huge proportion of the nation’s mortgages. They impact Charleston, SC mortgage availability—and therefore the number of qualified potential home buyers. Following the worldwide financial meltdown, a lot of worthy people found themselves in that “weak credit” category. It couldn’t help but affect Charleston area mortgage volume, and therefore real estate activity. Sales suffer.

Although the Journal relied on unnamed sources, the tone of the story (and its top-of-Page 1 positioning) sounds like the principals are sending up a trial balloon. They might be testing public opinion, since the new agreement would amount to a partial rollback of the strictures created in reaction to the loose mortgage governance that preceded last decade’s meltdown. The new guidelines would make it “easier for lenders to offer mortgages with down payments of as little as 3%” for some borrowers.

Fannie and Freddie’s new generosity may have something to do with the fact that they have reclaimed tens of billions of dollars in penalties paid to them for past underwriting mistakes. The new agreement would also offer some protection for lenders on that score, which would lower mortgage creators’ overall risk calculation. If that happens, it should be the break many Charleston areamortgage applicants have been awaiting.

If you have been looking for a positive sign to list your Charleston area home, or if you are a potential homebuyer who’s been discouraged by tight local mortgage lending, your wait may be over. Per The Journal, “The moves could be announced as soon as this coming week.” Give me a call if you’d like an update on that and on the overall current situation!

To continue searching, you must agree to the Terms of Use.

For the best experience, please provide your cell phone number and select accept below to opt-in to our Terms & Conditions and Privacy Policy to begin receiving text and voice communications.

or make a new notebook

Search the full MLS and Exclusive Property Listings.
(Prices and inventory current as of May 17, 2022)

See local market activity affecting the value of
your home & maximize your investment.

We just need your phone number to finish creating your account.